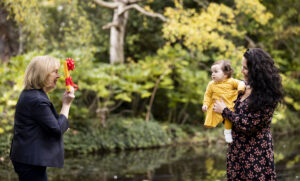 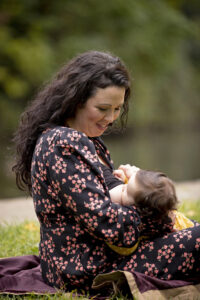 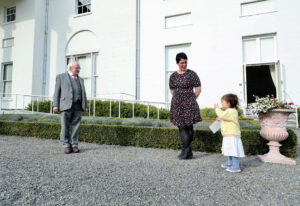 Marking National Breastfeeding Week 2020, Baby Feeding Law Group Ireland (BFLGI) will also gift copies of the seminal book “Why the Politics of Breastfeeding Matter” by Gabrielle Palmer to politicians across all parties to highlight that Irish women and babies have a right to be supported and protected in their infant feeding choices—and to encourage politicians to advocate for Irish families in this regard.

The book explains how infant feeding is one of the most important global public health issues of our time, and describes how big business influences the intimate relationship between mothers and their babies to the detriment of all, rich or poor, in the developed or developing world.

BFLGI recognises that breastfeeding and infant feeding are deeply political issues and wants Irish politicians to grasp the depth of its importance, hence the gift of copies of the book to politicians across all parties.

During the visit with the President, TU Dublin academic and Lecturer in Nutrition, Dr. Liz O’Sullivan said “The Covid-19 pandemic has made everyone realise the importance of robust public health. Breastfeeding protects babies from infections and provides immediate and long-term immunological protection; increased breastfeeding rates would lead to lower obesity, cancer, heart disease and diabetes rates for women and their children. Breastfeeding can also protect against food poverty and social inequality.”

The theme of this year’s National Breastfeeding Week is ‘Breastfeeding in a time of Covid’ and events and campaigns throughout the week will draw attention to the need for better funding to protect and promote breastfeeding.

The WHO, Department of Health and HSE recommend exclusive breastfeeding for the first 6 months of life, with continued breastfeeding for 2 years and beyond, along with complementary solid foods. Ireland’s breastfeeding rates consistently rank low internationally. Just 60% of newborn babies in Ireland receive any breast milk, and fewer than 50% are exclusively breastfeeding when discharged from the maternity hospital. These low rates increase the risk of respiratory illnesses, obesity, heart disease, certain cancers, and diabetes in the Irish population.

“The WHO and UNICEF also recommend that all countries have National Infant and Young Child Feeding in Emergencies Plan, which Ireland unfortunately does not. Initial results from my research conducted in the last 6 months shows that having a plan in place would have made the response to the Covid-19 pandemic smoother for breastfeeding and formula-feeding families.” said Dr. O’Sullivan.